The recent U.S. crackdown on Tornado Cash is an unprecedented restriction on the rights of Americans, occurring through an act of extraordinary reach.

On one hand, this was expected.

In the age-old debate about how to balance security and freedom, modern times continue to raise the stakes on both sides of the matter. For example, while cryptocurrencies increase the potential for undetected, harmful monetary activity, the potential harms from governments also intensify as they go further to try to detect or prevent this activity.

On the other hand, then, these raising stakes means also raising the need for caution and sophistication when approaching security in an ever more convoluted world.

In response to Tornado Cash’s groundbreaking fluidity allowing its effectiveness as a monetary-privacy tool, the U.S. Treasury Department imposed sanctions targeting malicious uses of this protocol but also affecting innocent users—even virtuous ones. Ethereum co-founder himself, Vitalik Buterin, admitted to using Tornado Cash to donate to Ukraine. Russian-born Buterin wanted the ensure the anonymity of the recipients.

Yet this matter goes far beyond indistinguishing bad actors from the good.

As a decentralized software protocol existing on a blockchain, the reach of this tech isn’t cleanly divided—so neither are the effects of these attempts to make it illegal. Will all developers of the platform be charged with crimes? (One was arrested today.) Will all individuals and other protocols associated with Tornado Cash now be sanctioned as threatened? (A prankster withdrew tokens from Tornado Cash and sent them to several celebrities’ crypto wallets to test this idea.)

Can such an ethereal tech even be effectively curtailed—and curtailed without mostly just harming good actors (and, as we’re used to seeing in the U.S., without uniquely restricting the freedoms of Americans wanting to participate in this industry)?

These are questions for regulators to carefully consider, along with perhaps this greatest question of all: What if such monetary-privacy tools are effectively stopped?

Paper money has served as a natural restriction on a government’s absolute control over citizens’ monetary activity. In a purely digital economy, where all activity can be monitored, those in charge can theoretically go all the way to ensure complete security (as they define it)—which corresponds with eliminating all privacy. The resulting, inevitable abuse of this power makes cryptocurrency and its associated privacy capabilities indispensable for a freer, more prosperous future.

Minnesota Blockchain Initiative respects this great challenge of finding that appropriate line between security and freedom. We also see this as all the more reason, then, to act with care when approaching this give-and-take in the modern era.

For any questions about blockchain or other interest to contact us, please do so at connect@mnblockchain.org. We’re here to help this industry of tomorrow, develop securely today. 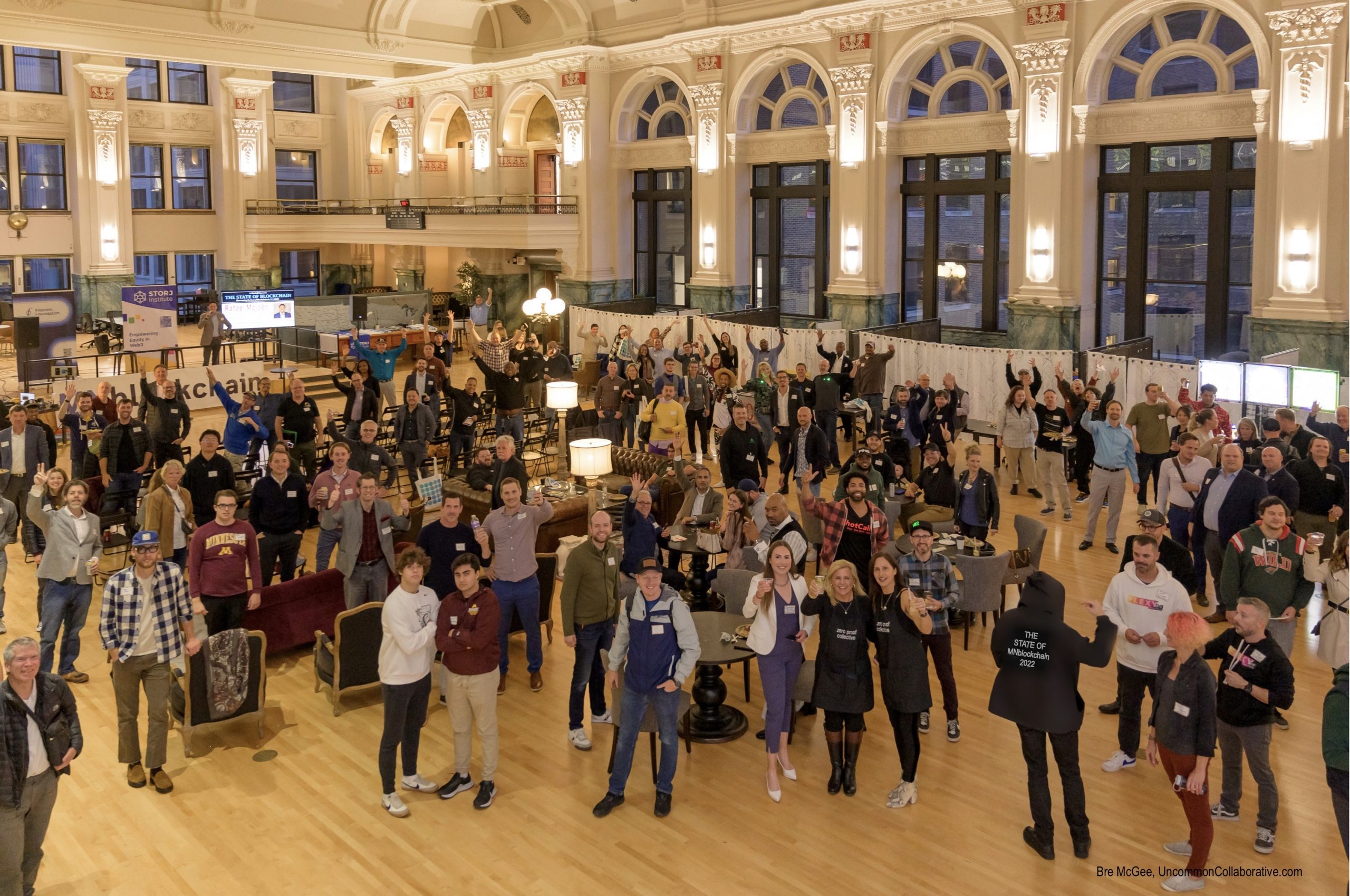 “The State of Blockchain” – Event Photos and Highlights

Minnesota Start Up Partners with Ledger